You are here: Home / Advisory Board / Werner Philipp 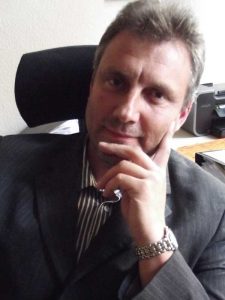 Rev. Dr. Werner Philipp has been married for 29 years and has 4 children. Dr. Philipp studied 1987-89 at the Theological Seminary in Bad Klosterlausnitz and 1990-92 at the Reutlingen School of Theology. In 2012, he earned the D.Min. degree of the Wesley Theological Seminary in Washington DC. In 2015-16, he studied mediation and conflict management at the evangelical institute for culture and religion in Berlin. Since 2015 Dr. Philipp has worked on his PhD in systematical theology (Christian Escatology in the Context of Modern Cosmology) at the Technical University of Dresden. Since 1994, he has served as pastor of the UMC/ East German Conference and served meanwhile as leading pastor on 3 circuits. He is a member of the Commission for Ordained Ministries of the East German Conference, of the Church Council of the German Central Conference and of the Board of Trustees of the Reutlingen School of Theology. Additionally, Dr. Philipp is active in the dialogue between natural science and faith and works as a teacher for religion at a high school. He took part in the General Conferences in 2008, 2012 and 2016 and served 2008-16 at the Standing Committee of Central Conference Matters.

Author:  Barry Dundas In the fourth chapter of the Gospel of John, Jesus encounters a Samaritan … END_OF_DOCUMENT_TOKEN_TO_BE_REPLACED