You are here: Home / Advisory Board / Mark Holland 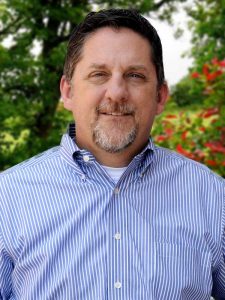 Rev. Dr. Mark R. Holland is a third generation United Methodist pastor, notably, with three generations in three different denominational structures: M.E. South, M.E., and U.M.C. Mark has served in the Kansas East/Great Plains Conferences since 1994. He has served as an alternate or delegate to each South Central Jurisdictional Conference and each General Conference since 2000. At the 2016 General Conference, in the midst of another bitter division around human sexuality, Mark made the motion on the floor asking the Council of Bishops to come back with a plan to build consensus in the church. That plan has become The One Church Model.

Mark has demonstrated leadership in elected office, serving as both Commissioner and Mayor of Kansas City, Kansas. He graduated with a BA and a BS from Southern Methodist University in Dallas, Texas. He has an MDiv from Iliff School of Theology. He has a DMin from Saint Paul School of Theology in Kansas City, Missouri. He and Julie have four children: Daniel, Gabriel, Luke, and Esther.

Mark is taking a year off from the appointment system to work full-time with Mainstream UMC.

Author: Tom Brady Let me begin with a challenge!  I challenge you to spend the next six days … END_OF_DOCUMENT_TOKEN_TO_BE_REPLACED